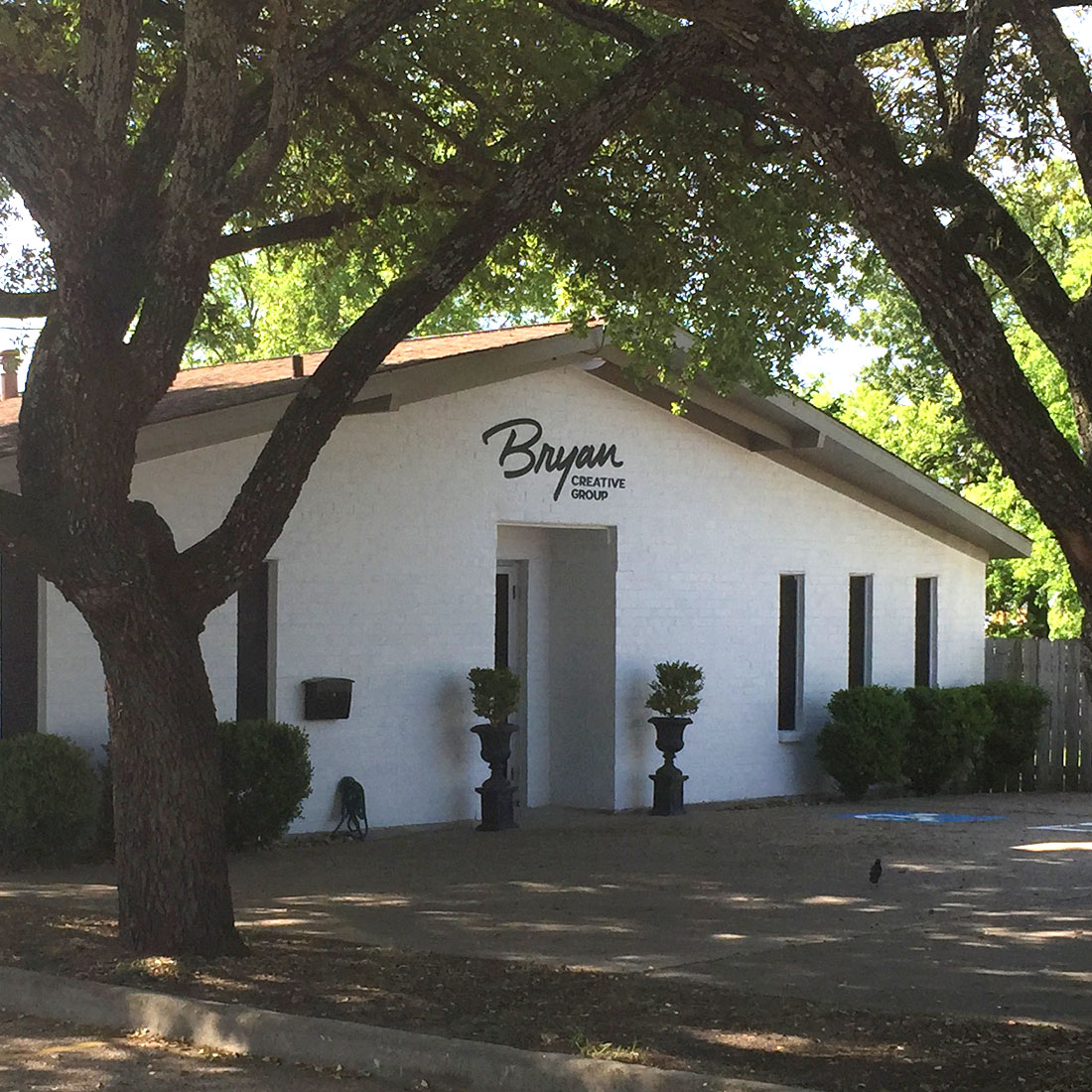 Late in the summer of 2019 Bryan Creative Group uprooted operations in The Woodlands, Texas and relocated to a quaint little office in the heart of Bryan. In the months that followed BCG added two new team members, Grant Davis and Jon Ried.

Grant is an experienced graphic designer who spent several years sharpening his creative talent in foreign lands - returning to Bryan/College Station where he previously received a Visual Communications degree from Texas A&M University.

Jon Reid is a Computer Science major, currently in the process of wrapping up his degree, also from Texas A&M University. Jon hails from the Houston area, but has decided to call Bryan/College Station home after completing his coursework.

After being away for around 18 years, I am also happy to return to my roots. Owning and operating a business in Bryan, Texas has long been a personal aspiration, and I am excited to finally come home and rejoin this community, discover opportunities to serve, and establish new relationships and rekindle those from the past.